Safe Creative has become the best and most advanced copyright private registry online. Betting on technology to protect content in the digital age is key to success. However its usefulness stops to be purely theoretical to prove itself worth in practical ways. 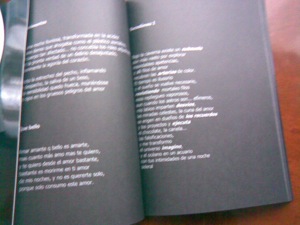 In addition to the deterrent effect of the system, Safe Creative is learning about some specific cases in which the registration service has played a key role to protect and defend the rights of authors in conflicts with third parties.

Recently, a novelist, Misk, contacted Safe Creative to acknowledge the role of this registering service to help prove her authorship. She said that recently had a dispute with a publisher who had entered without her consent her novel “Mi Expresión Ondulante” (Safe Creative private registration number 0907044079590) in the Intellectual Property Registry of the Spanish Ministry of Culture.

Thanks to the comfort and the free of charge nature of Safe Creative, the writer was able to early record the authorship of her work as soon as she finished it a few months ago. Confronted with a subsequent registration of the same work in the RPI by an editorial the author contacted the central registry of Spain to claim her full and complete authorship. According to what she tells to Safe Creative, since the RPI could not get any satisfactory answer from the editorial to clarify the issue, the central registry information requested her to bring authorship proofs of her work to which she responded sending the registration certificate made months ago in the Safe Creative copyright registry.

Shortly after that the author received the RPI statement attributing the full authorship of the book to her.

If there is no doubt the she would have been finally able to proof her authorhip even if she had not previously registered the book with Safe Creative – with more or less trouble – it’s for certain that Safe Creative has played a key role to solve the problem in a fast, convenient and satisfying way.

Thus, as we say, there is nothing to lose and yes there is much to gain by registering immediately and freely with Safe Creative.

Chief Operating Officer at Safe Creative, is a former computer technician. He is in charge of daily operations at Safe Creative and Safe Stamper. He has given speeches all around the globe about copyright and registration challenges in the Internet. View all posts by Mario Pena