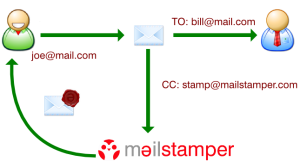 It is very usual to have problems with some large companies that offer key strategic services such as energy or telecommunications. A common situation is that sometimes they simply ignore the messages of complaint they get from customers, being afterwards very difficult to prove that those messages have been actually sent.

Such is the case a user of mail.serialstamper.com has told us where -if his complaint had been ignored- the situation would have become a problem too in the case much time would pass.

In this case the user tells us that when changing from an electricty provider to another, got a bill from the previous company for the last five days of contract with a way too high electricity consumption not matching the real one. Actually the amount charged in the bill was even higher than the one of a normal full month.

When communicating with the company, to point out the error, he decided to warn them that the message was leaving legal evidence capable of demonstrating that the complaint was being made at that specific time and with the specific content. In the event of not getting and answer he would be able to proof that he was being ignored by the company. Result: Reply from the company admitting the error within 24 hours, refund in less than five days. Problem solved by being able to “Cc” a verification e-mail from mailstamper.com.

This system allows to stamp the sending mail with information of its content, who is getting it and the time, minute and second the e-mailing happens.

Now big companies can’t simply ignore their customers communications because its dead easily to proof that the sending of those communication has taken place.

Chief Operating Officer at Safe Creative, is a former computer technician. He is in charge of daily operations at Safe Creative and Safe Stamper. He has given speeches all around the globe about copyright and registration challenges in the Internet. View all posts by Mario Pena